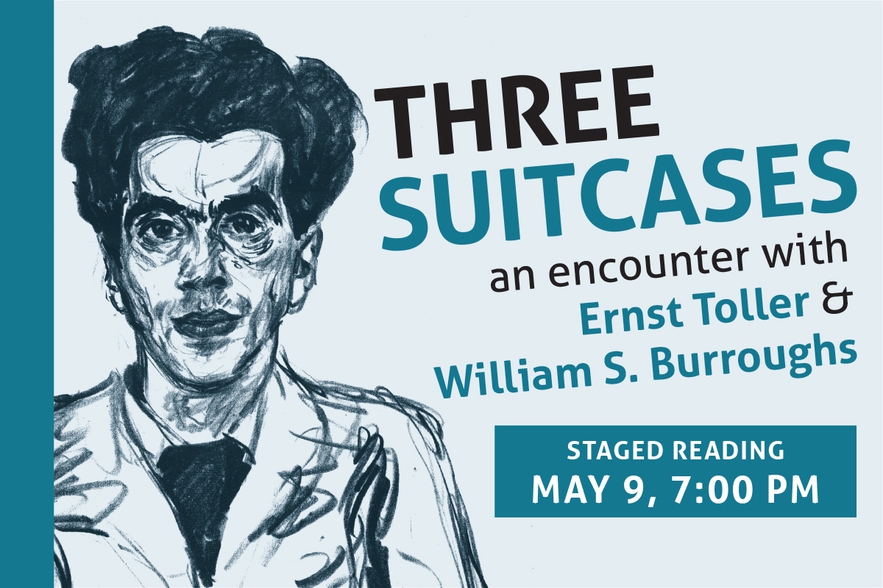 True story: In 1937, future Beat Generation icon William Burroughs was 23 years old. He married a German Jewish woman named Ilse Herzfeld Klapper to help her obtain a visa to avoid repatriation to Germany. She was 37 years old at the time.

Ilse Burroughs arrived in New York in 1939. She was hired as a secretary by exiled anti-fascist German writer and activist Ernst Toller.

A poet and war veteran, Toller came to prominence in 1919 as a leader of the short-lived Worker’s Republic (Räterepublik) in Munich. This revolutionary government in Bavaria was brutally suppressed in two months. Toller was sentenced to five years in prison.

The plays and poems Toller wrote in jail—including a play that prophesied the rise of Hitler—made him an international luminary. He was an immediate target of the Nazi regime when it took power in 1933. His apartment in Berlin was raided in the first waves of arrests after the Reichstag fire, but Toller was in Switzerland. He never returned to Germany.

Toller’s books were burned on Berlin’s Opernplatz in May 1933. He quickly became one of the leading figures in anti-fascist resistance. He gave speeches, wrote articles, raised money for the hungry in Spain. He even wrote film scripts in Hollywood.

Richard Byrne’s new play Three Suitcases imagines two meetings between these three characters in the Mayflower Hotel in 1939. It’s a landscape of refugees and exiles, growing fascism, and attempts to erase and rewrite history.

Three Suitcases also asks hard questions about the artist and politics. Can writers change the world with words? Or should authors stand apart from power?